How to get good at failing in business

If you follow any entrepreneurs or business coaches (or pretty much anyone in business with an Instagram account) online, chances are you’ve heard things like “Fail Big” and “You’re not pushing hard enough unless you’re failing”. But what the hell does that actually mean?? 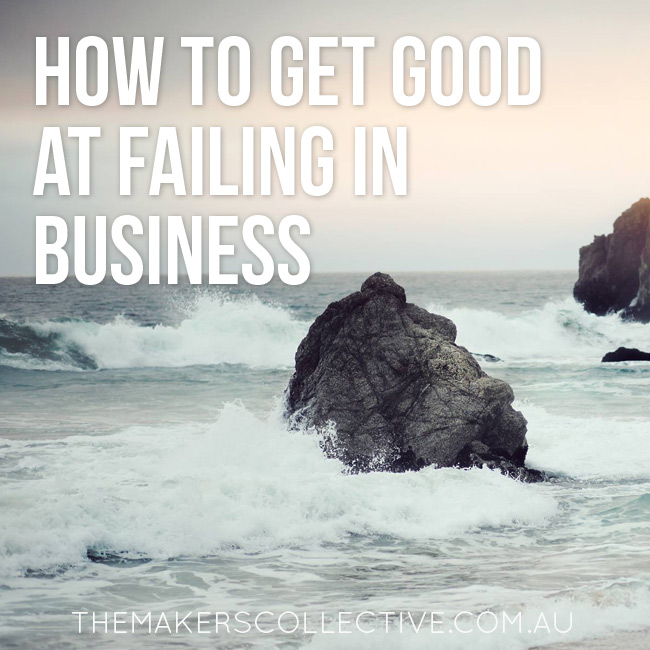 Hover and Pin that ⤴︎

Firstly, it means that if you’re trying something new, exciting or risky, you’re probably going to fail along the way. The safe way is easy because it’s been done before, there’s usually people to tell you how they did it (or even a manual) and it’s pretty hard to fail. Treading a new path is not so easy, and not so safe. You pretty much have no idea what the hell you’re doing or what will work, so you need to try everything to find out what does. You’re bound to make some wrong turns.

Failing something is nothing more than a lesson learned. 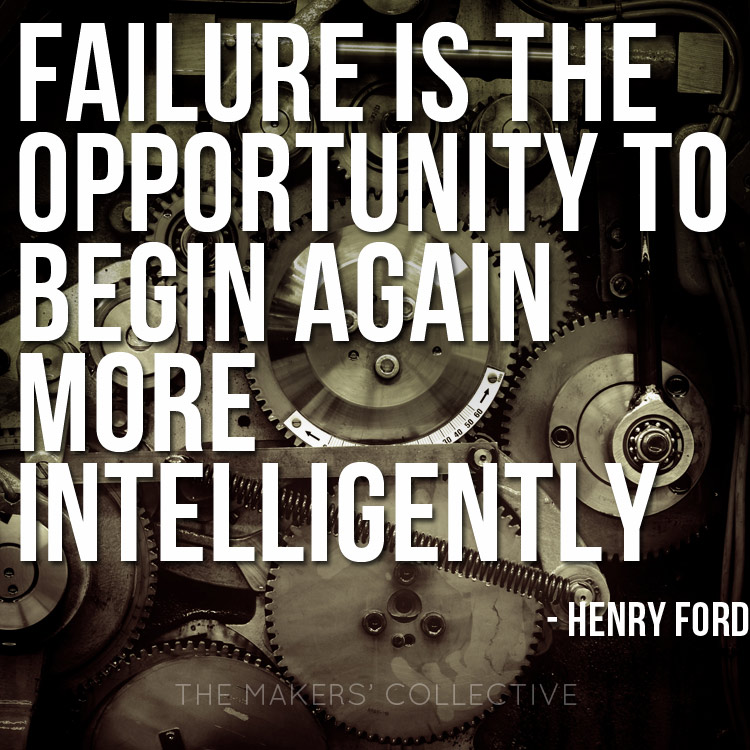 When something you’re trying fails, own it, pick up the pieces, and try something new. Something BETTER.

So what does it mean to fail well? It means that when things don’t go as they should, you don’t skip a beat. You don’t miss a step. You continue hustling, making the next thing, but without the glitch. You don’t fall into a pit of misery and turn the thoughts around and around in your head about what went wrong and how it’s All. Your. Fault.

Of course it’s your fault, you invented the damn thing (whatever is was)! Which is awesome, actually, because now you can re-invent it. 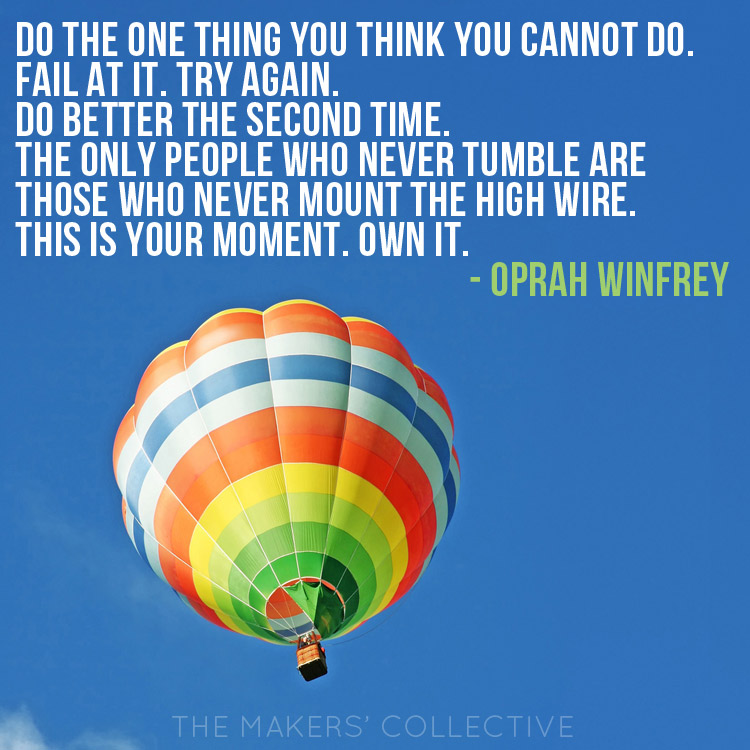 This was actually not my idea, but some advice I received that sounded like it would be brilliant. But who knew… Subscription services are HARD. WORK. Especially when you want to over-deliver on the value, but you don’t have the time to be producing the monthly content that goes along with it.

So a couple of months ago I canned the monthly subscription cost, refunded the last two payments to everyone who was subscribed, offered a 50% discount on the next makers box and I feel MUCH better about it. I’ve also had an increase of about 400% in members since then! 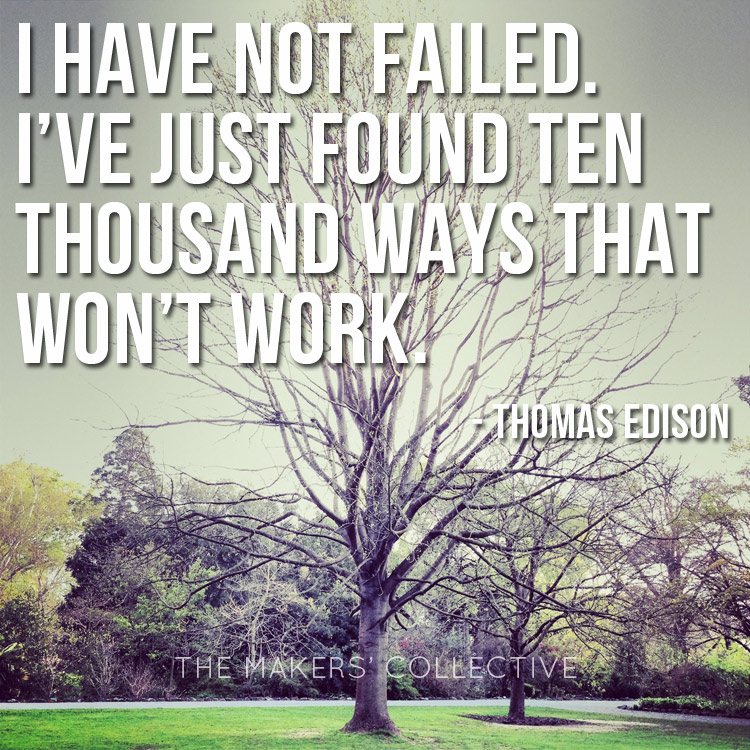 #2. Hiring all the people people

Specifically, hiring people to do jobs I could easily do myself but my ego got in the way and I just wanted to be the boss already. Though the people I hired are AWESOME, I’m pretty sure you really should be paying yourself some sort of wage before you splash out to pay other people to work for you. This is NOT a profit building move, Mikaela. 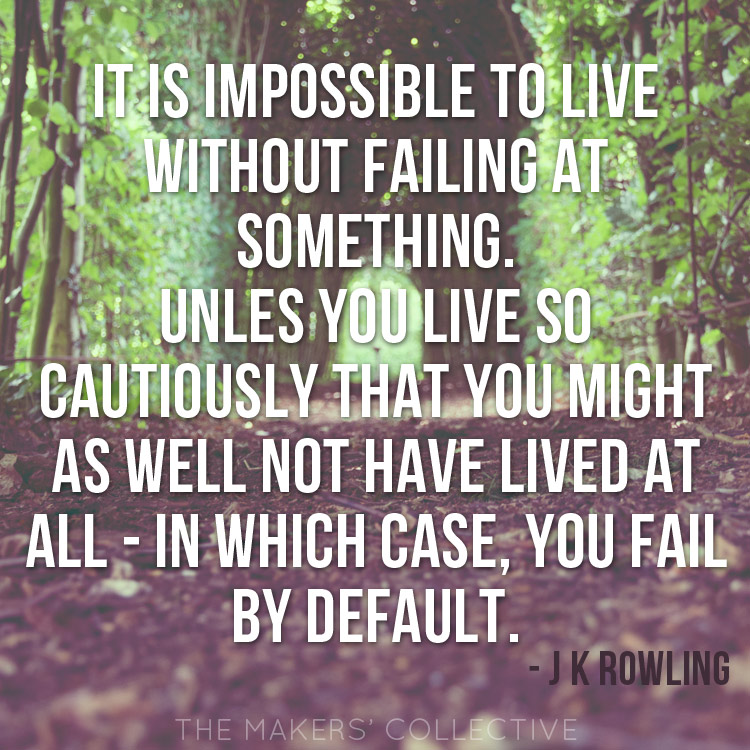 The Makers’ Box is really, really rad. Craft Project Kit in a box. Monthly craft box delivered to your door, how awesome is that!? Except that, a physical product monthly subscription is even harder work than an online subscription. Coming up with a new project, sourcing materials, divvy-ing up, packing, designing & printing instructions, posting out… this is an actual, full-time job, if you want to do it properly. 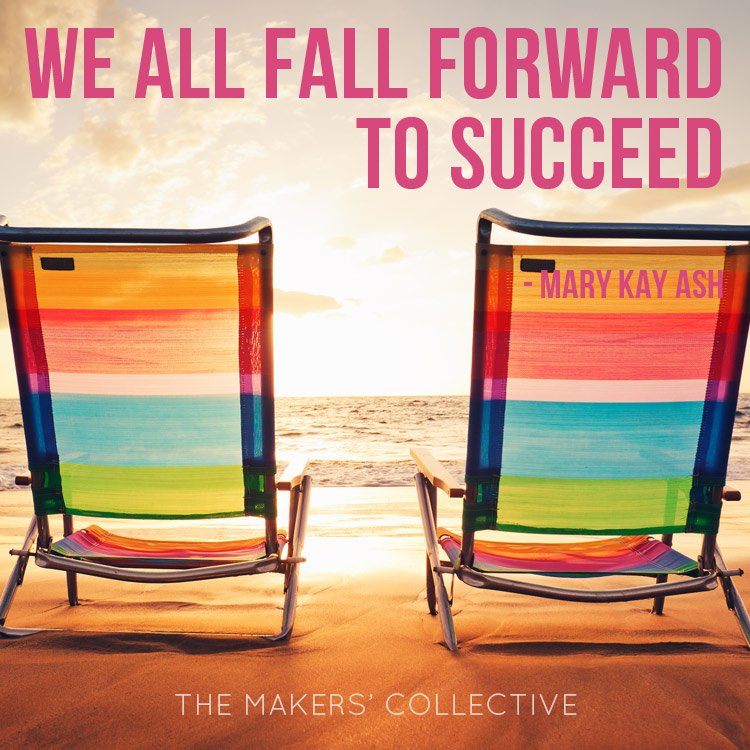 So, I tried a few different options to keep the dream alive. Firstly, I went to posting out quarterly. This would mean I could put 3 projects in one box, saving heaps on postage, and also utilising one higher priced item in the supply list between all three projects. I think I did that for 2 send-outs before realising it just wasn’t working. People were signing up right after a box was sent, so they would then have to wait 3 months until the next box arrived, even though they were still paying monthly. I quickly canned the subscription, and decided to make the boxes a regular, limited edition bi-monthly product, that members have VIP early access to, before it goes on sale to the general public online and at The Makers’ Hub. 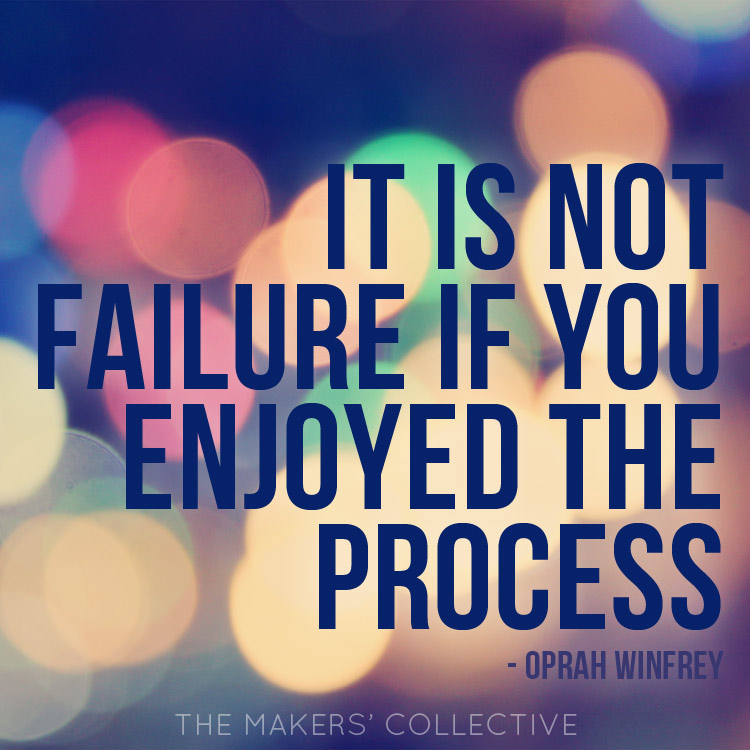 It’s taken me almost 5 months to get the first bi-monthly box out the door =\ So you can probably guess where this is heading… The Makers Box will most likely be put on hold until I have the resources to do it properly.

This was another suggestion given to me by someone I was paying to give me advice (not sure that was a wise decision either). It sounded like a great idea. In fact, I still think it IS a great idea… but again, it’s not the right time to do it justice. Creating an online magazine takes hours and hours (and hours!) of work. Contacting contributors, collecting articles, writing articles, taking photographs, collating materials, designing the magazine, proofreading and editing, and then self-publishing. With hardly any advertisers to pay for all that time taken, and no profit what-so-ever.

Again, not really smart business sense, and definitely not sustainable. 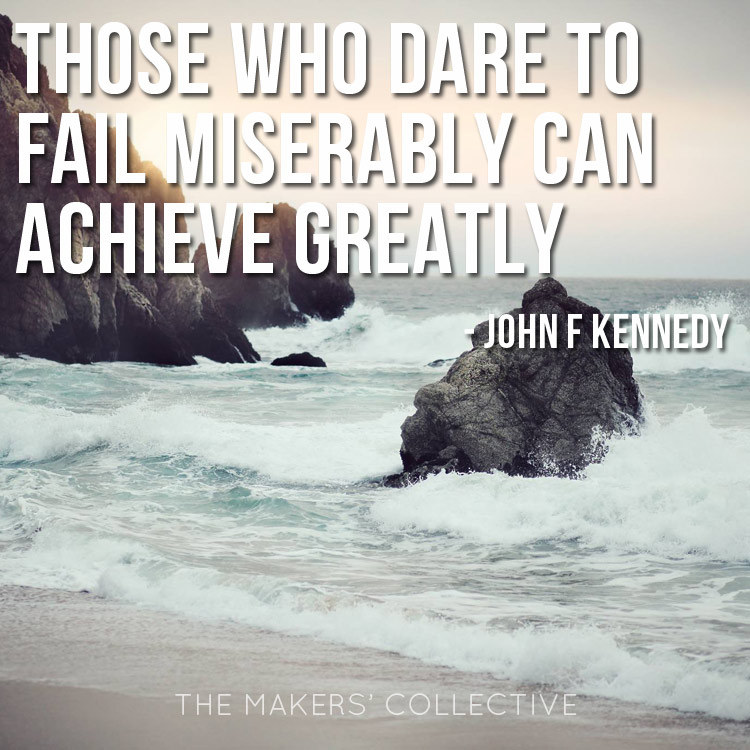 This one is not actually a fail at all, but rather I know now that I need WAY more resources, money, personnel and time to make this into what it should be. It’s on the back-burner for 6 months or so, and when it returns, it will most likely be an annual event. Something like this cannot be planned for 4 times a year, by one person, with no profits to show for it =P 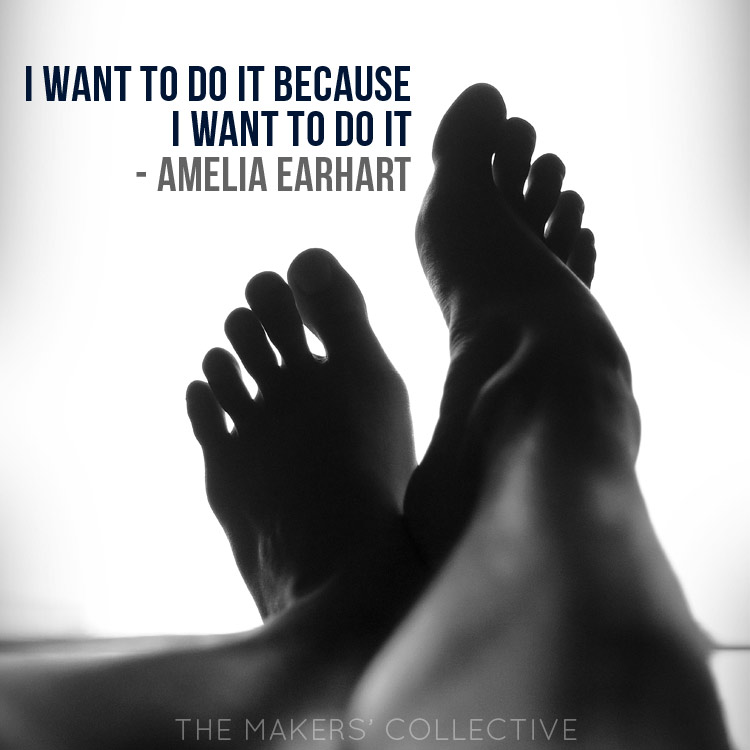 #6. Scheduling 12 workshops a month with a 4 month old baby

I’m back from maternity leave, so WHY NOT PLAN ALL THE THINGS?! Because, scheduling 12 workshops in one month means people pick ONE to go to, and none of them sell out. Some need to be cancelled because they only have one or two bookings. Being a creative teacher, it’s really tempting to want to teach EVERYTHING that is fun. Because hell, why wouldn’t you want to come and make Cement Pots and Flower Crowns and Resin Bowls and Silver Pendants and Beauty Balms all in the same month?? Oh yeah, that’s right, money doesn’t grow on trees. This is something I’m in the throws of working out right now, and I’ll be trialling a new workshop system in the coming months. Wish me luck! 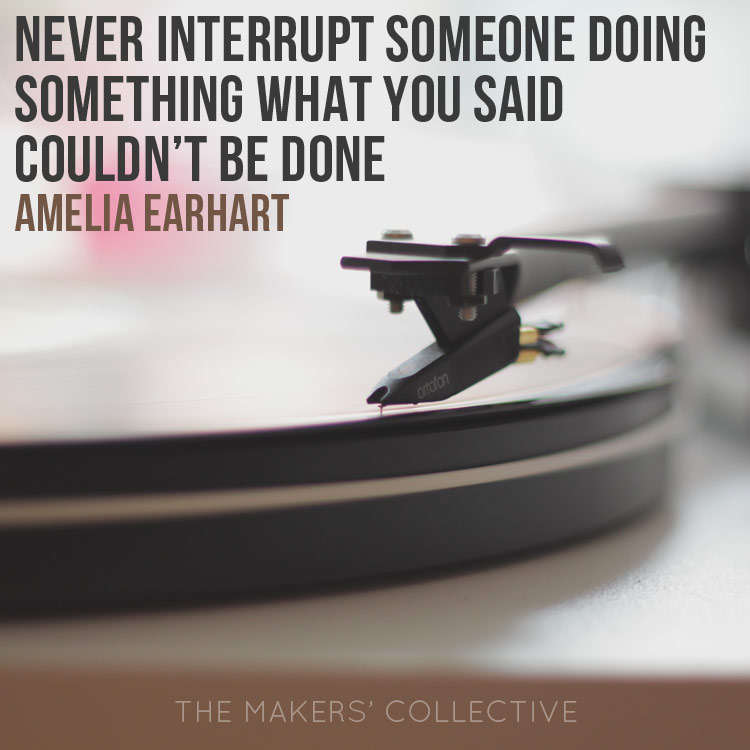 So what have I learned from all of these failures?

My number 1 take-away is that I need to be more focused. Trying to do 6 awesomely great things all at once is a really dumb idea. None of them are awesome or great.

Secondly, it’s TOTALLY FINE that they haven’t worked out. I’m cool with it. I’m learning. Forever “pivoting” and trying new things until I figure out what works. 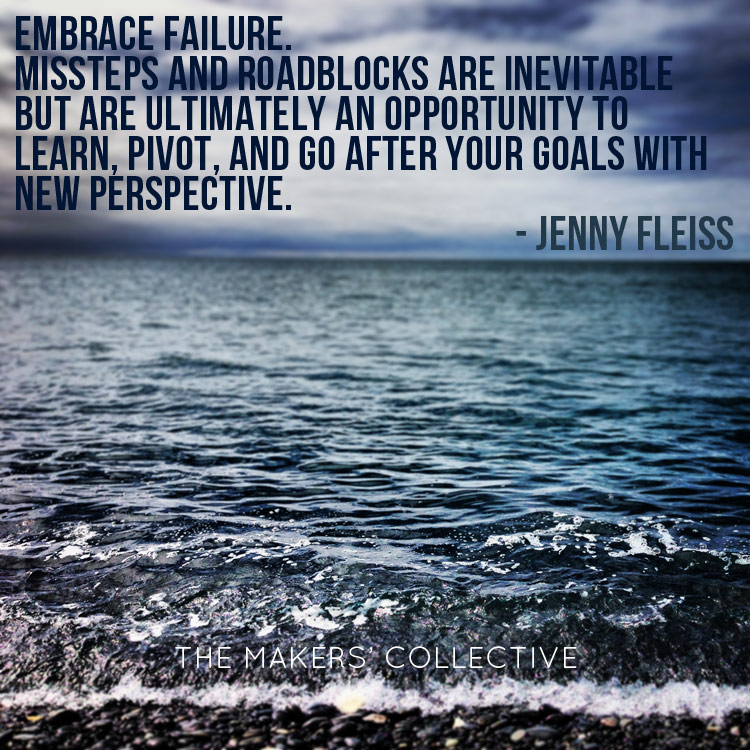 And lastly, my work matters. What I’m trying to achieve matters, and that’s why I need to keep trying. 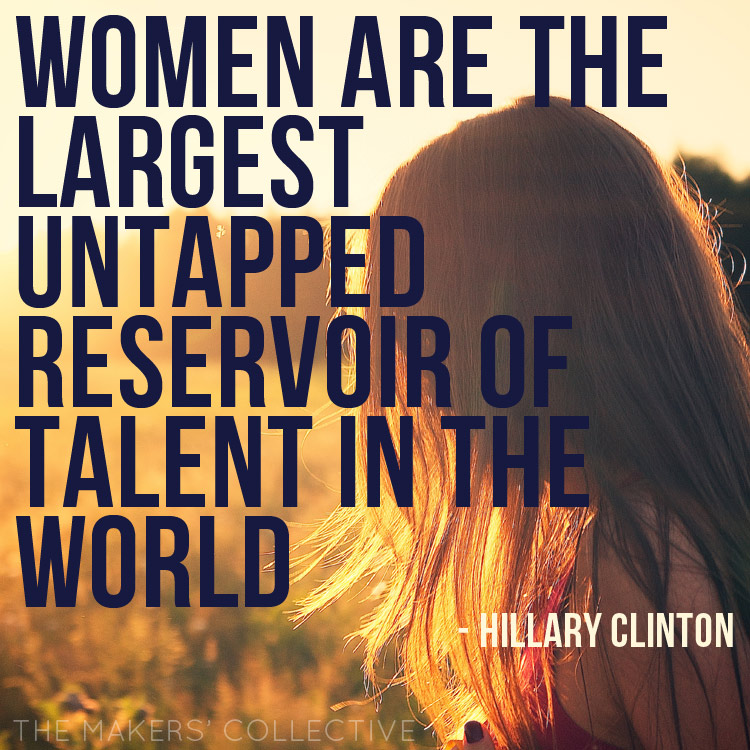 So my peeps, tell me! Are you good at failing, or do you need more practice? What have you failed at recently??

If you are ready to follow your own path and make those daydreams a reality, start taking action and realise the potential of your creative business, download my FREE Small Business Starters Survival Pack now!