Why setting intentions for the year ahead is so important

I’ve had a couple of little AHA moments around why setting intentions for the year ahead (and writing them down!) is super important, so I’m going to share them with you, and I’d love to know if you’ve had the same experience! 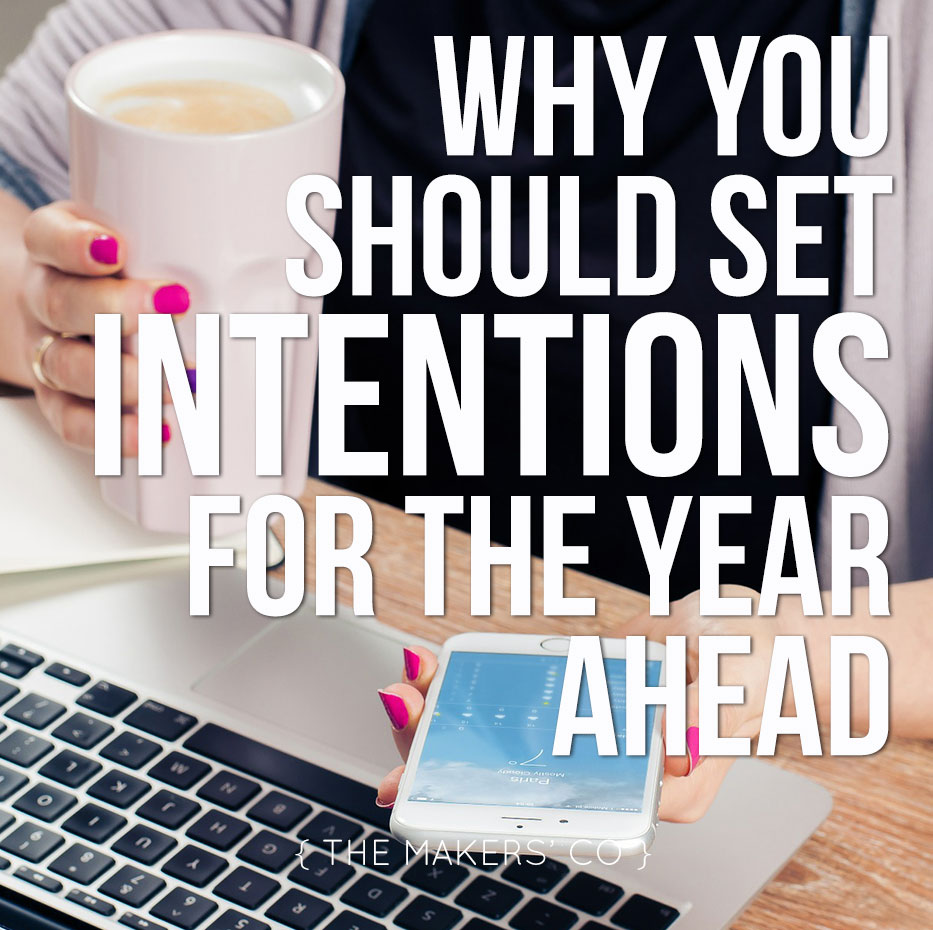 Right now I’m doing a little house-keeping around the website, making sure posts are still accurate and updating free downloads, stuff like that. And I came across my post from late 2015, about why it’s so important to FOCUS. I love that post so much. I think it demonstrates really well how crazy it was when I had too many things going on, and I know for sure now that it was true: by trying to help everyone, I was helping very few, and definitely not speaking to my audience (oh hey there, audience!) effectively. All you need to do is scroll down my blog posts page and see the exact point where I started getting my shit together and being more consistent with my blog posts and my messaging overall. My posts (the content and the schedule!) before the end of 2015 are all over the place.

This is also sort of a “where are they now” thing (minus the scandals), reflecting about how the year turned out for me after deciding to let go of so many things that seemed important but were actually weighing me down.

So what’s the number one reason why you should set an intention for the year (and write it down)?

My answer is not at all woo-like, eg: “because if you put it out into the universe shit will happen” (personally I think *I* make shit happen, by having a plan and then taking action, but that’s just me 😉 ).

My answer is this: Reading over your intentions from the previous year allows you to see how far you’ve come, which gives you motivation to set new intentions for the year ahead – this renewed focus keeps you moving forward towards your goals with enthusiasm and enjoyment, rather than stress and apprehension. 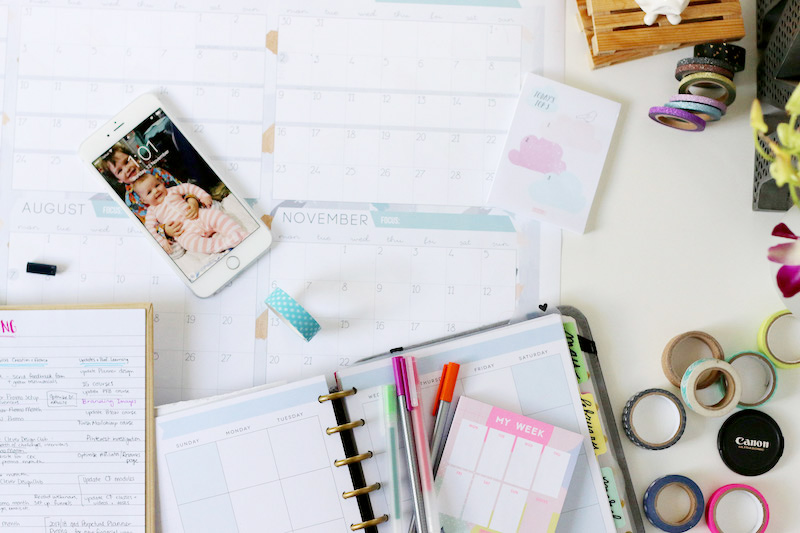 Now wouldn’t it be great if we allowed ourselves time to do this more often throughout the year, instead of just in January? We generally get all gung-ho about planning and getting prepared and taking action at the beginning of the year, and by the time June rolls around, it’s been so long since we set those goals it’s really easy to get off-track and lose sight of where you’re headed, but also where you’ve come from.

I propose to you, right now, that you set a day in your calendar, once every three months, to sit down and reflect on the previous quarter, and plan for the next quarter. Just three months, or 90 days worth, instead of the whole year. Set a goal, and write out your plan of attack. Then when the three months is up, take a day again to reflect on how you went, see what worked and what didn’t, and set a new goal and a new plan for the following three months.

Always look at how far you’ve come, rather than how far you’ve yet to travel. What you’ve done so far, rather than what you’re yet to do. That is my key to staying motivated and it’s well documented that our brains like to celebrate little wins along the way instead of looking at the mountain of stuff we haven’t done yet. That’s why we like ticking shit off our to-do lists 😉 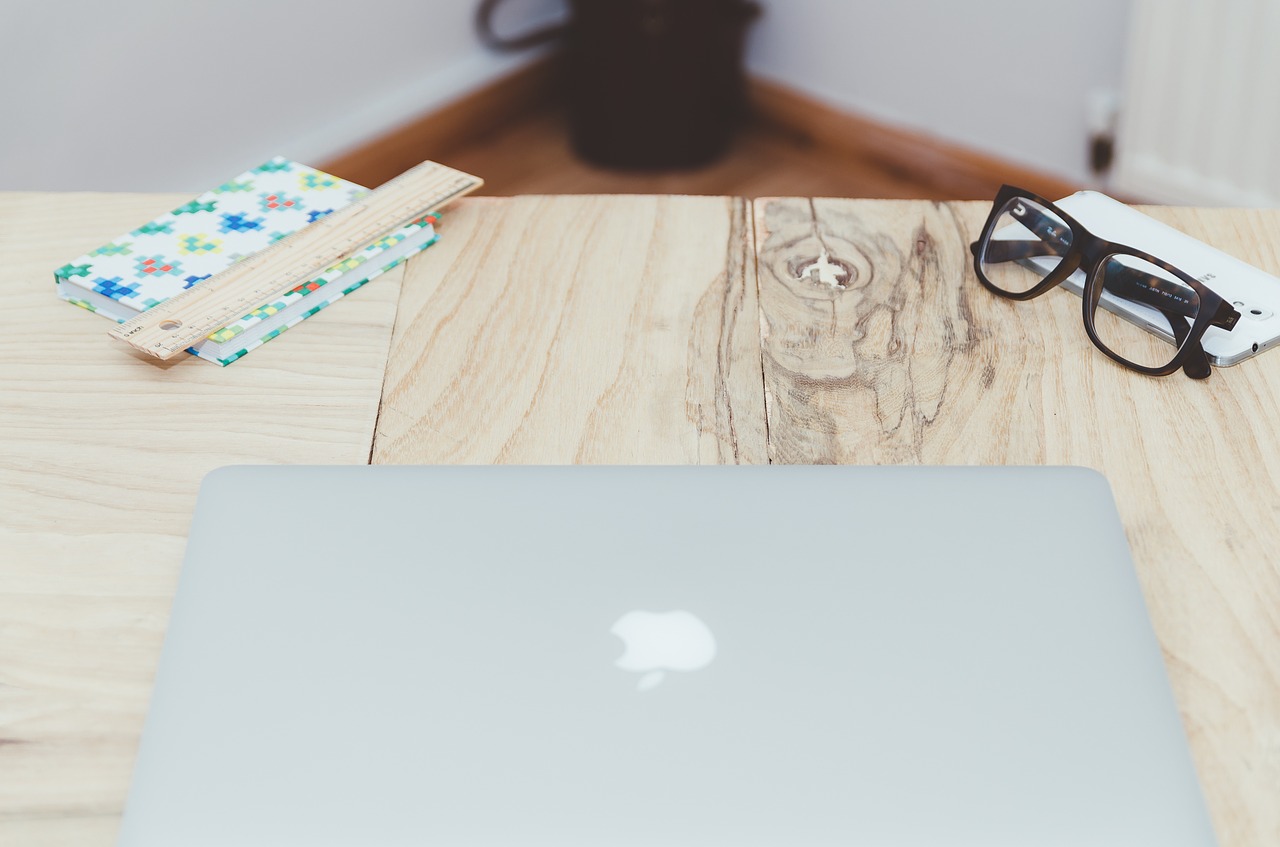 How did I go with my intention this past year?

The intention I set for myself for 2016 was to FOCUS. In 2015 I had been trying to juggle so many different business ideas, products, services and other offerings to multiple different target markets (along with giving birth and all that), that I struggled to make any of it work. So as part of following my intention for 2016, I stripped back a majority of my offerings, really honed in on who exactly my audience is, and worked towards doing that one things brilliantly.

In that process, I ended up focusing even more than what I said I would. In June of last year I closed The Makers Hub, and stopped offering any sort of creative workshops to the public. My “other” baby, that I had opened just 2.5 years earlier, that I loved so much and put SO much hard work, sweat, tears and a shit-tonne of money into? I cut it loose.

And the result? An instant feeling of relief, and an excellent second half of 2016 with time well spent, with my family, with my friends, playing sport, having weekends, with very little stress or apprehension. Focusing on creating courses for The Makers Academy with enthusiasm and joy!

And I’ve made sure to reflect on everything I managed to achieve, which in some areas has been impressive, and some areas less-impressive. And this is the knowledge I’m now taking into my 2017 planning (which I wouldn’t have done if I hadn’t reflected on what I accomplished in 2016). As one example, I made the commitment last year to start blogging more regularly (ideally weekly), and I stuck to it pretty well, but still only published less than 30 posts in the whole year. Not a bad effort, but it will be my intention this year to go well beyond that – Starting with this one!

Now that I feel quite focused and organised in what I am doing in my business, I have set a new intention for 2017, and it is Creation over Consumption. 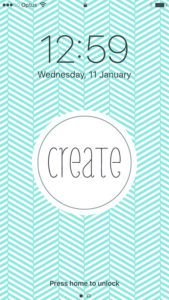 I consume content ALL. THE. TIME. I research, I read blog posts, I get lost in the abyss of crap celebrity articles online, I scroll kilometres on Instagram and Facebook, I enrol in courses and mastermind groups and private facebook groups all in the name of “professional development”, but it’s enough already.

I already know my shit, and I now need to spend more time creating content to be able to share my knowledge and expertise with you, rather than telling myself there’s still more to learn. (There is ALWAYS more to learn, that shouldn’t stop you from teaching what you already know!)

I also need to stop consuming my own content over and over again, checking my Instagram and Facebook Page and Groups, which is way too easy when we have computers in our pockets these days. So I’ve created an “Intention Reminder” and set it as my lock screen on my phone, and now every time I go to unlock my phone I am reminded of what I should really be focusing on. It’s working a treat so far!

I’m also still using the Self Control app on my laptop to block facebook when I’m working, and hopefully I’ll get to the stage of having set times to access my social platforms to perform the tasks I need to, to prevent any time wastage there during my work day.

To make everything else work well in your day, I think the next few points are also important to try and live by during the year.

I already do this one (except when my kids decide they’d like to mess with me), but I’ve put it in here as a pep-talk to you, especially if you’re staying up til all hours of the night working, and then getting up again early the next day. If you’re super sluggish and tired from lack of sleep, you’re not going to be very productive or effective with your time. You’re brain function also isn’t going to be at it’s peak, so tasks will take a lot longer, you’ll get frustrated more quickly, you’ll lose motivation and you won’t be inspired. If you do have young kids at home with you during the day, you need to work out a way to be able to get work done with them there, or look into daycare or friends/family minding them for a few hours a day so you can work.

I’m just putting it out there, but generally, free to air tv is super shit and a waste of time. I can almost guarantee anything that is on during the day is not going to be enhancing your life in any meaningful way, and I’m pretty sure it’s not helping you get more work done either. I’d also try and steer clear of Netflix or Stan during the day too, it’s way too easy to get sucked into a binge watching session when you might have just meant to watch one episode – unless you’re having a “doona day” of course, which is sometimes a necessity for ones sanity! 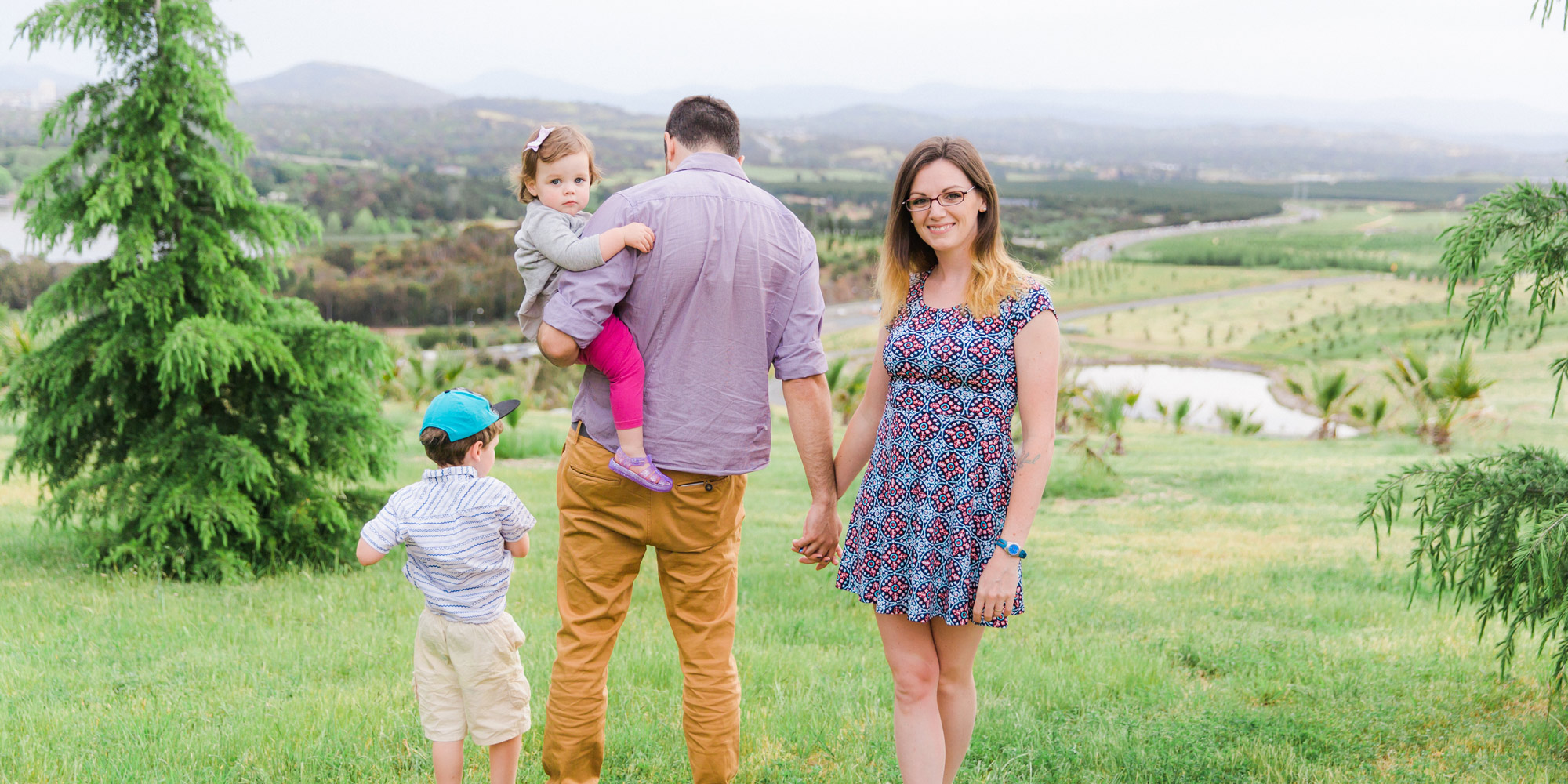 This one can be a little bit *eyeroll* sometimes, because everyone bangs on about it so much, often to the level that you sometimes wonder if they ever get off that extra tall horse of theirs… But please believe me when I say I’m coming from a place of practicality here: Trying to get work done while you are also looking after and spending time with your kids, for the most part, DOESN’T WORK. It definitely does NOT work for me. I end up getting frustrated at them every time they ask for my attention, because I’m trying to concentrate on another task. My concentration is broken, our interaction is not super pleasant, and neither my work nor my kids/family get the attention they deserve.

This doesn’t mean you have to spend every waking minute entertaining your kids (or cat, or whomever), because if you work from home, that means you’d then be up until 4am getting your work done, and that’s a very bad plan (see point about getting enough sleep). But what it could mean is switching up your routine a little. A few unproductive hours with split focus could instead be some time completely dedicated to the kids, playing and wearing them out, and THEN time spent working steadily while they veg out in front of the tv (point above about TV doesn’t apply to ABC for kids, obviously! It was my channel of choice to have as background noise whilst I was in labour with Harriet 😉 ).

The same amount of work would get done, and everyone is happier and more fulfilled.

I am really, really bad at this point in particular, but it’s my intention to work on it this year. Again, it really comes back to having laser focus on what you’re working on RIGHT NOW, which allows you to get way more done in the short period of time you have to do it.

I’d love to know, what is YOUR Intention for the next 12 months? And do you re-assess your goals and accomplishments regularly, or only once a year?

Let me know in the comments below, on in the Makers Co Community group =)